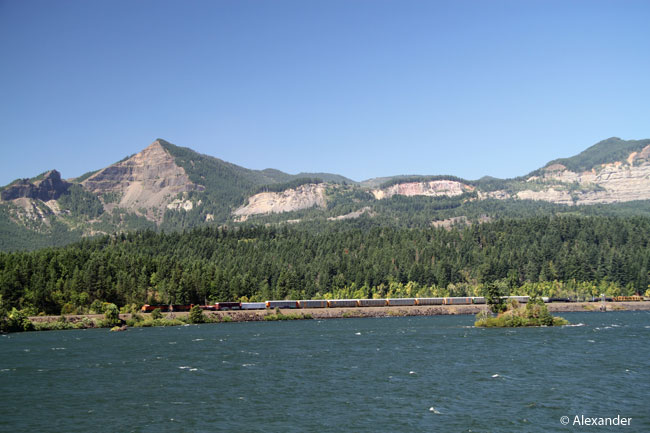 I had the privilege of hiking two different trails while visiting the Pacific Northwest’s Columbia Gorge recently. The trails were on opposite sides of the Columbia River, in two different states. 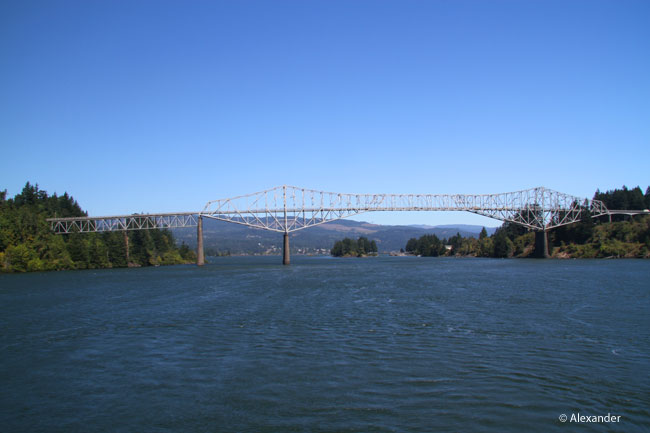 Bridge of the Gods over the Columbia River

On the north shore of the river is the state of Washington, the south side is Oregon.

With the helpful emails and posts of fellow blogger and PNW hiker John Carr, both hikes were awesome, and the book he suggested, Northwest Oregon by William L. Sullivan, was great. His website, johncarroutdoors.com, is dedicated primarily to PNW hikes.

The first day, Athena and I hiked the Falls Creek Falls trail in Gifford Pinchot National Forest in Washington, named after the first Chief of the United States Forest  Service. This trail was enchanting due to dynamic Falls Creek that was present every step of the way. Sometimes the waters…