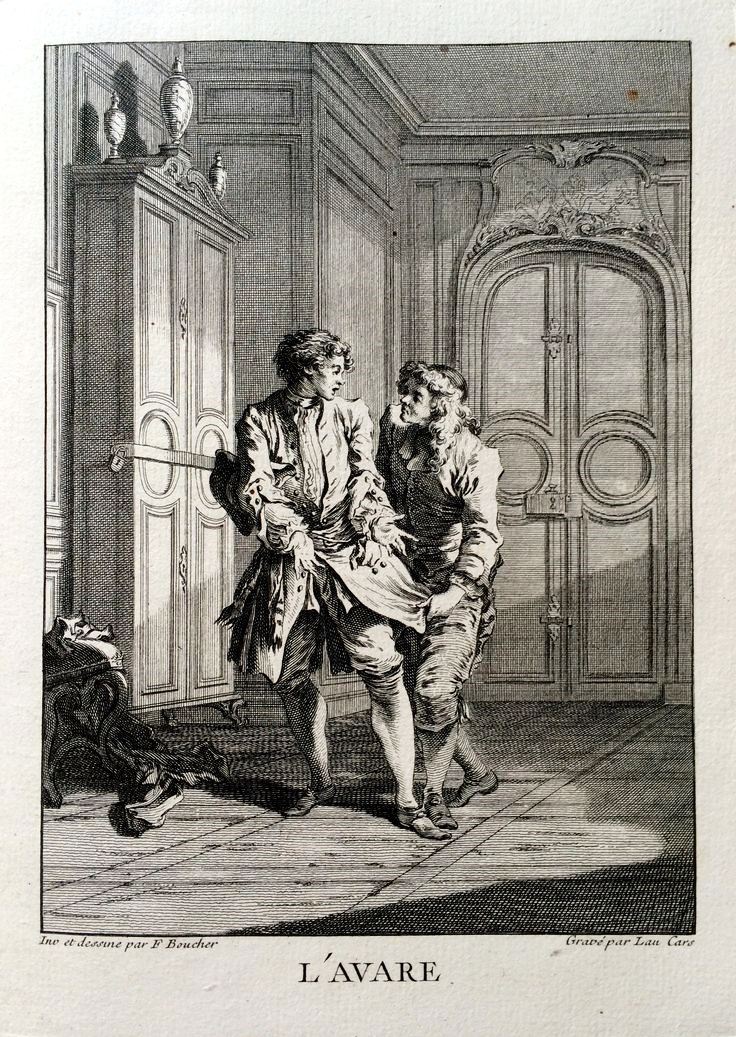 As indicated in a previous post, Molière‘s L’Avare, The Miser, was first performed on 9 September 1668 at the Théâtre du Palais-Royal. It is a five-act play, in prose, inspired by Roman dramatist Plautus‘ (254 – 148 BCE) Aulularia, the Pot of Gold. As we have seen, it is also rooted in the commedia dell’arte as well as Italian comedies and tales, and in France’s own medieval farces and the largely scatologicalfabliaux.